Gatsby’s Gamble will be performed on July 12th at 7.30 pm at Sterts Theatre

Set in 1929, mystery, intrigue and romance lead to murder…..

The ageing wealthy socialite Jay Gatsby is famous throughout California for his extravagant parties, his shrewd business deals, and his womanising.

Several of the guests in attendance at tonight’s party, are indebted to Gatsby financially but the concerns surface as to where Gatsby has raised this finance!! Join Hollywood’s elite and an ex-lover or two at what could be Gatsby’s last soiree.

Watch the longest established murder mystery company in the west of England, identify the murderer and try to win yourself a prize

Murder mystery at its finest. 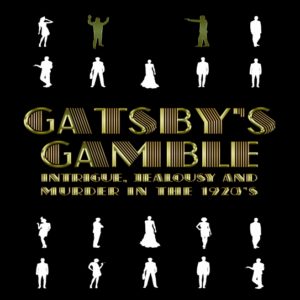