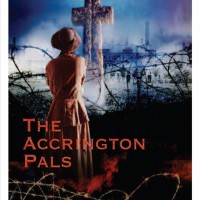 World War, as the country’s jingoistic optimism starts to wane and the true terror of warfare gradually becomes clear. The play looks at both the terrifying experiences of the men at the front and the women who were left behind to face social changes, deprivation and the lies of propaganda. While often comic vignettes portray the everyday life of a town denuded of men, the men face the terror that is the Battle of the Somme.