A Brief History of Liskeard

The first known reference to Liskeard was in the Domesday Book in 1086. In 1240 the first of eighteen charters was granted to the town allowing the holding of markets, the cattle market in the town operated until the end of 2017. 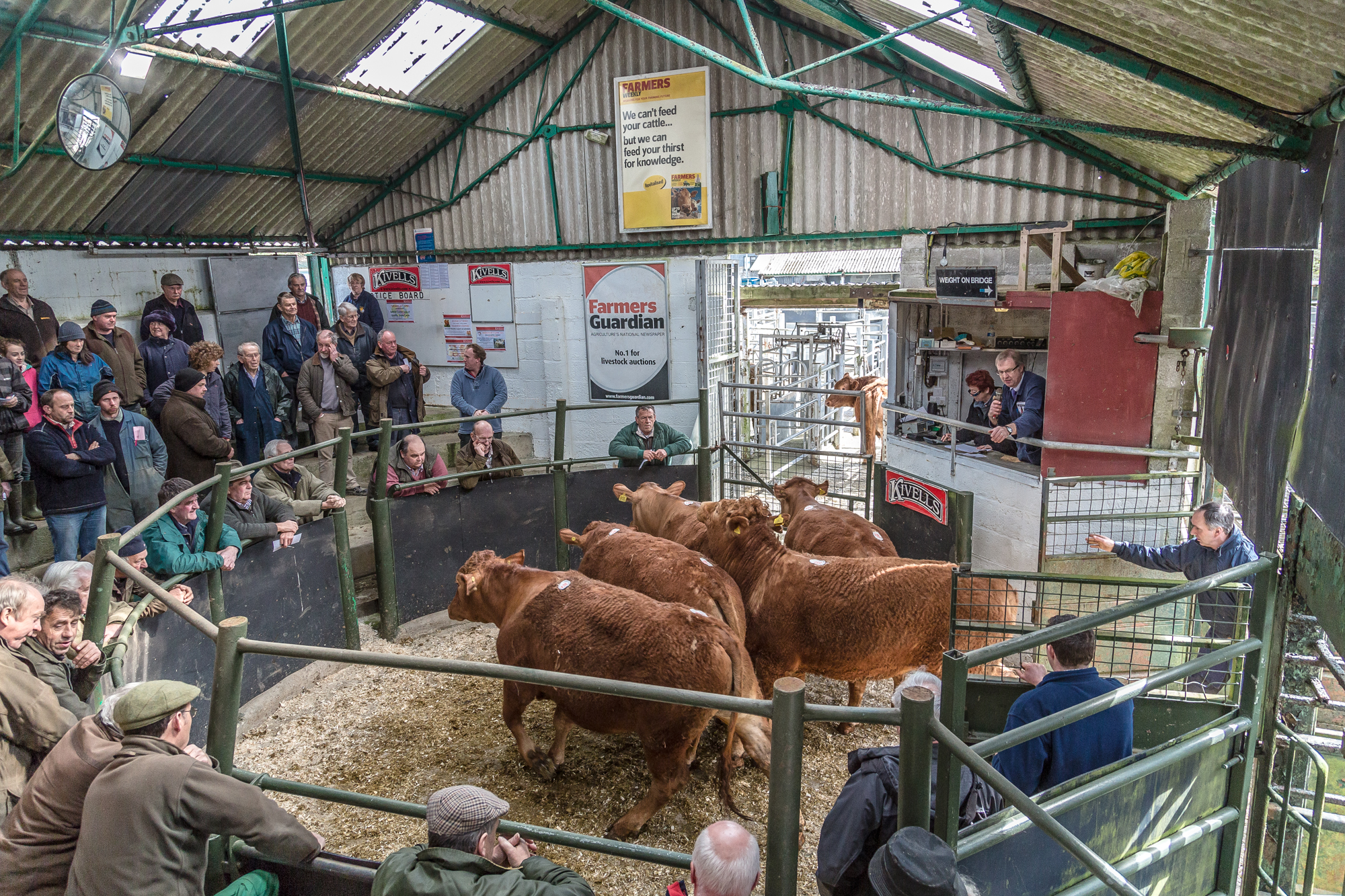 The transformation of the medieval market town into an industrial, commercial and shopping centre began with the growth of mining in South East Cornwall. Liskeard had been one of the few ‘coinage’, or tin assaying towns since the fourteenth century. The wealth generated during the 19th century copper, lead and silver mining boom resulted in a town of imposing buildings over one hundred of which were designed by local architect Henry Rice. Pick up a copy of the Henry Rice Trail at Stuart House.

Few towns the size of Liskeard can boast two sets of public buildings. The Guildhall, with its clock tower, was built in 1859, replacing the former Town Hall, and was used until recently as the Magistrates Court. The Public Hall was built in 1890 and provides a venue for a range of community activities as well as housing the Town Council Offices. Foresters Hall (1896) houses the Town Museum and Information Centre.

Stuart House, adjacent to the library, was used as a lodging by Charles I during a military campaign against the Parliamentarian forces in 1644. One of the oldest buildings in the town it was restored in 1988. It is now used as a venue for arts and heritage events. 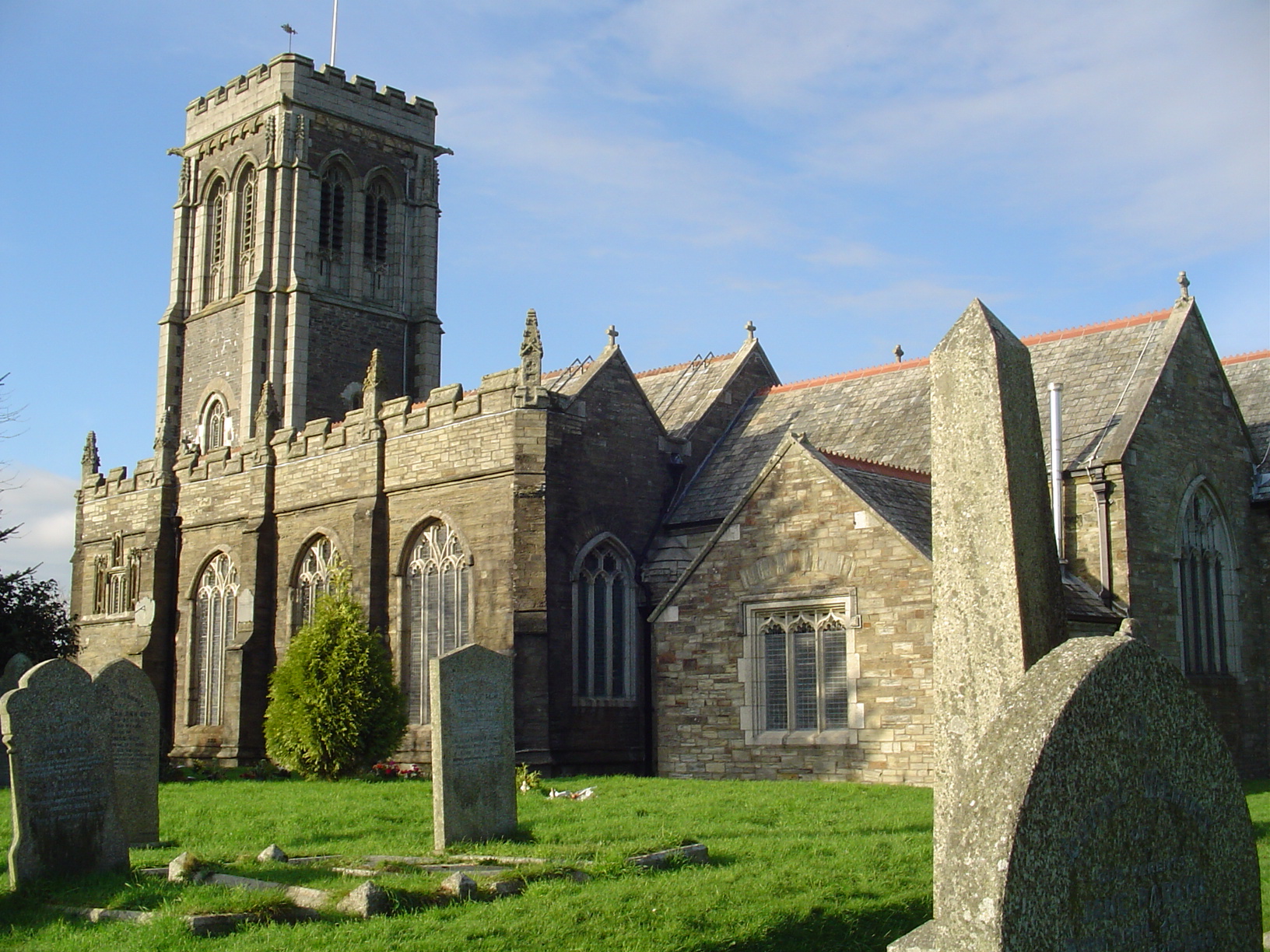 The Parish Church of St. Martin  is the second largest in the county and predominantly dates from the fifteenth century although there are traces of earlier work, some as old as the Norman period. The tower is more recent, having been erected to replace the earlier one demolished in 1902.

The town has also been enriched by other denominations. Methodism has flourished since the visit of John Wesley in 1757 and the present Methodist Chapel has a magnificent plaster ceiling incorporating the town’s coat of arms. Quakerism was established by George Fox himself, the Friends Meeting House subsequently being situated in Friends Place off Pound Street until it burned down in 1899. A Presbyterian church was built in 1701 and the Roman Catholic Church of Our Lady and St. Neot dates from 1863. The Salvation army have had a Citadel in the town since 1887, and more recently the Jehovah’s Witnesses have built a Kingdom Hall in the south of the town.

Where it all started… 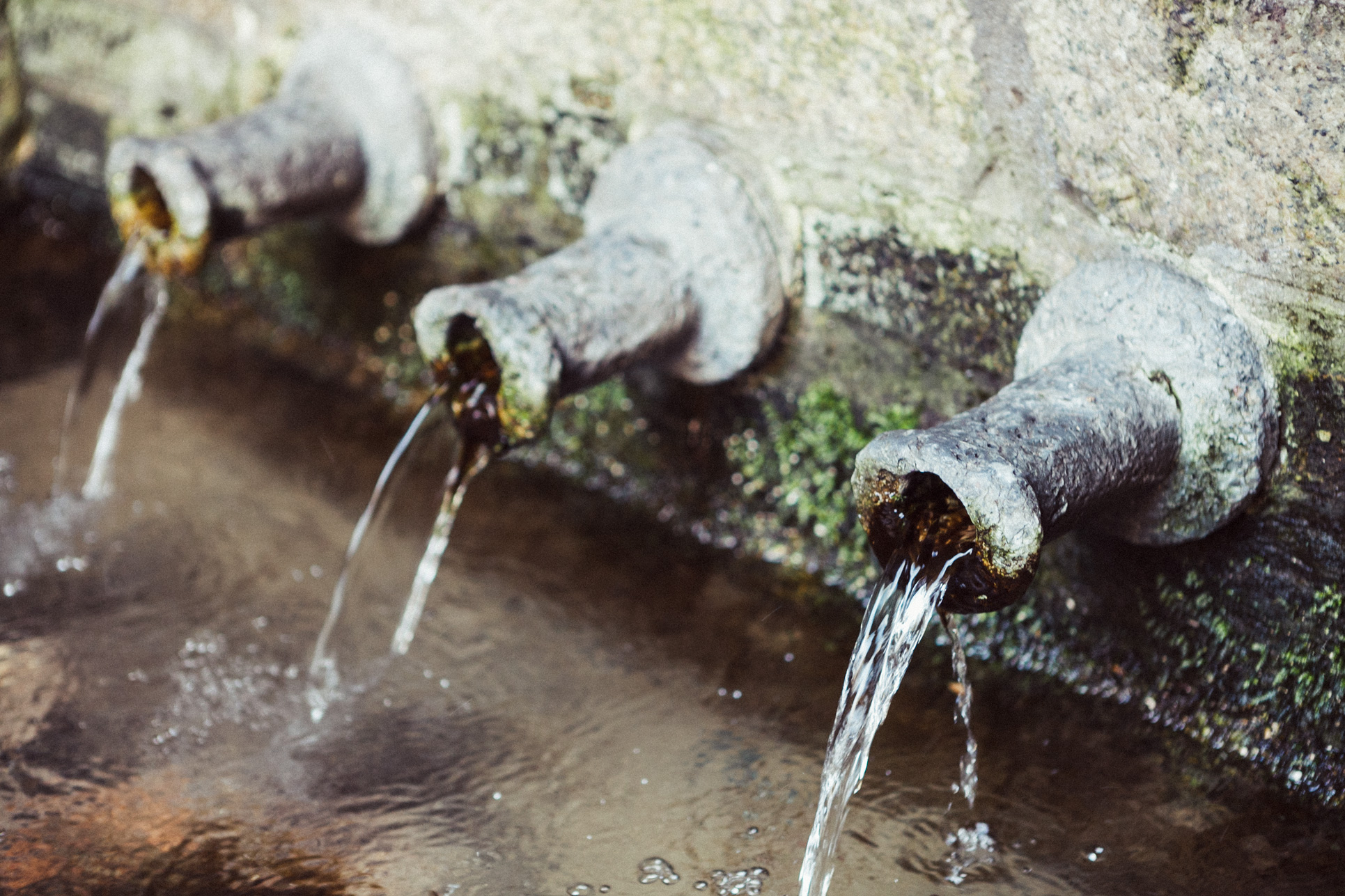 The Pipe Well can be found in Well Lane, and is often referred to in old documents as “The Well of Lyskiret” or “The Well of St Martins”. It is probably the chief reason for the town of Liskeard being built. Fed by four springs, the well has never been known to run dry. The water was believed to possess miraculous healing powers and would cure “weak eyes”. 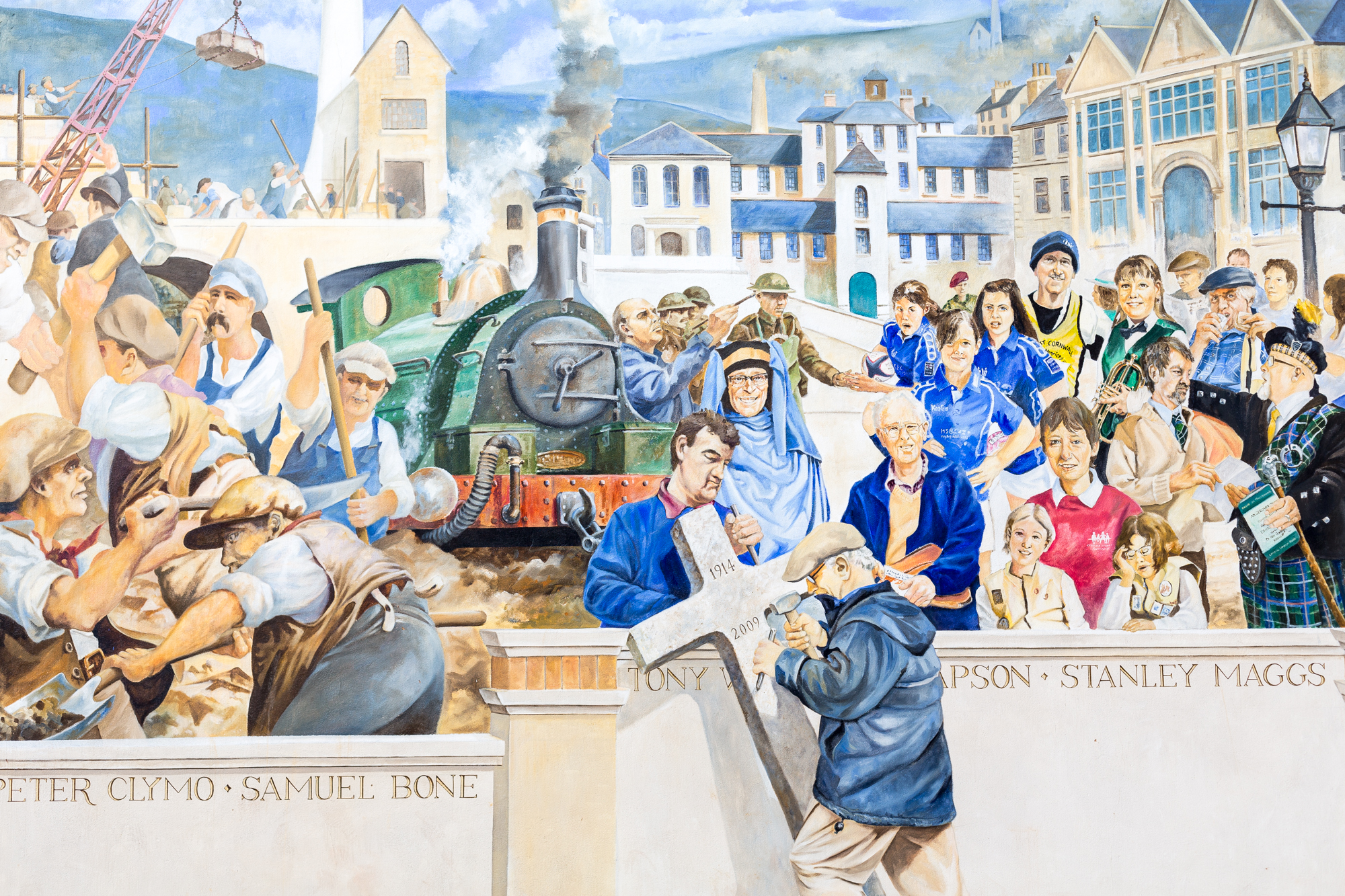 Our mural depicts the history of Liskeard and South East Cornwall from earliest times. Shown here – the industrial revolution, the coming of the railway, and the consequent social and political impact of these changes.

Liskeard Unlocked Heritage Open Days take place every September and are a chance to have a look behind doors that are usually closed to the public. In 2020 the event was unable to take place as usual due to Coronavirus restrictions and so we made a series of videos so people could explore from the comfort of their own home – click here to access them

The Caradon Hill Area Heritage Project produced a series of audio and video clips about the history of Liskeard in 2014 – click here to access them.