The story of wool has always been an important strand in Liskeard’s history……. 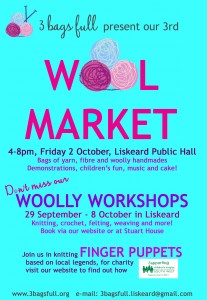 In 1586 the town council directed that every woman and child over seven without an occupation must spin a set amount of yarn each week.If they refused,to do so, they would be punished by the stocks or a whipping.

By the 17th and 18th centuries, Liskeard had developed into a significant agricultural centre with woollen yarn spinning.  Wool was collected from farms on Bodmin Moor and the surrounding area and distributed to the poorer women and children of the town to card (tease out) and spin by hand into yarn. A yarn market was held every market day with the stalls being erected along Fore Street. It was one one the largest markets in Cornwall with clothiers travelling from as far afield as Devon to purchase yarn

In 1897, John. H. Blamey, a wealthy wool & agricultural merchant based in Liskeard commissioned John Sansom,( who with fellow architect Henry Rice, designed most of the large houses and churches in Liskeard)  to build Pencubitt House. Blamey had the house built on a hill to provide sweeping views over Liskeard, the Moorswater Viaduct and the Looe Valley. In 1950 Pencubitt House was sold to later become a hotel as we know it today

Down the lane at the bottom of the hill is Lamellion Hamlet where you can see Liskeard’s remaining trading woollen mill ‘ Devon & Cornwall Wools Mill’ which stands on the site of Blamey’s original mill.

3 Bags Full are a Liskeard based group who love to work and play with wool.

They are celebrating Liskeard’s wool history with the 2015 Wool Market and a wide range of woolly workshops. 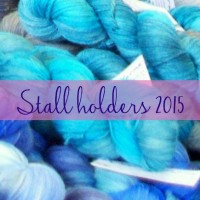 Come and make fabulous felt in 3D! You will receive expert tuition and choose from a wide range ofexotic fibres to make your own unique felted bowl.

Come and create your own piece of artwork using yarn and basic knitting skills. This workshop will introduce you to free form knitting and you will make your own wall hanging.

Materials: yarn provided but please bring your own 4-5mm circular needles if you can.

Suitable for: anyone who does basic knitting and beyond

In this workshop you will make a 3D crochet ‘pot’ to display a plant in your garden.

Materials: yarn included, bring your own 8-10mm hooks if you can

Suitable for: anyone who can do basic crochet

Bringing Back Wool To Liskeard

Make your own woolly sheep and place him on our map – bringing back wool to Liskeard. Try your hand at carding fleece, spinning and knitting. Learn about Liskeard’s very own woooly history and see photos of Cornish children who used to knit for their livelihood in the 1900s.

How to put a lateral braid or row of stitches across your knitting by working a horizontal braid creates a line of horizontally-aligned knit stitches. You can do a single or multicolored Vikkel braid. Also known as Estonian Braids.

Materials: you will need to bring your own yarn and appropriate knitting needles

Suitable for: anyone who can already do basic knitting

In this workshop you will receive excellent tuition to make your own exciting buttons using an old time technique with a modern twist.

Materials: all materials provided or bring your own favourite yarns and colourways

Come and create your own wet felt wall hanging!

You will receive expert tuition and have access to a wealth of different fibres and skills to make an original wet felted picture.

New to crochet or want to remind yourself how it’s done? Granny Squares are the ideal place to start. You provide the hands and our friendly tutors will provide the inspiration.

Ever fancied making your own jewellery out of wire? At this workshop you will learn how to do this using knitting techniques with an expert tutor.

Suitable for: anyone who can knit

Anniken Allis is an internationally renowned knit-wear designer and expert in Scandinavian knitting techniques. Steeking is commonly used in Fair Isle and Norwegian knitting and is the method of cutting holes in a piece for the arm holes or cutting down the front of a cardigan when the piece has been knitted in the round. Here we will learn how to cut and how to pick up for edging.

Materials: you will need to knit a Fair Isle swatch in the round for this class (pattern will be provided) in advance. You will also need to bring a sharp pair of scissors and a 3.5mm crochet hook with you.

Bring your own tapestry loom and learn how to tapestry weave from a professional weaver.

Materials: materials list and instructions for warping will also include instructions on how to make your own frame if you haven’t got one already and where to buy one if you wish.

Suitable for: beginners or advanced weavers who want to learn tapestry techniques

This session has been cancelled

You can book any of the workshops online at www.3bagsfull.org or in person at Stuart House, Liskeard

Could you knit finger puppets or a very simple drawstring bag to keep them in? Local knitting designer Tina Barrett has designed a series of simple patterns, available to download from www.3bagsfull.org

The packs of puppets are based on local legends and stories collected by the Mazed project.

The money raised from sales of the finger puppets will be donated to Children’s Hospice South West, who will also be having a stall at this year’s Wool Market