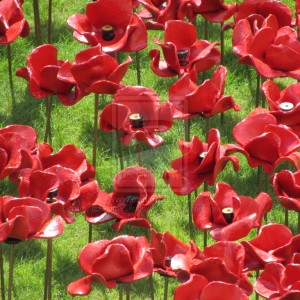 Frank was a member of the Morcom family who owned and lived in Stuart House in the early part of the 20th century.He was commissioned as a 2nd Lt in WW1 and was killed in action on 8th May 1917.  A clay poppy has been bought from the  recent ‘Blood Swept Lands and Seas of Red’ exhibition at the Tower of London. It will be set up in the house together with a photograph of Frank and lots of information about him in this small exhibition.