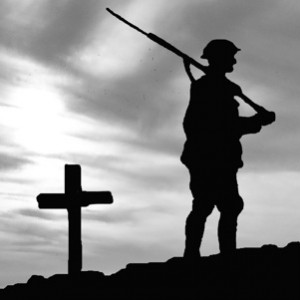 during World War One, and awaits his death by firing squad. He is visited by the army Chaplain, a Captain who hears about his reasons for joining up and what really happened on the front line.