PRIDE AND PREJUDICE By Jane Austen – Illyria will be performed on Tuesday 18th July at 7.30 pm

It’s back! Illyria’s production of Jane Austen’s glorious social comedy attracted sell-out audiences for 4 consecutive years. It toured throughout the UK and Europe, attracted nationwide critical acclaim and at its run at the 2003 Edinburgh Fringe the queue for returns stretched around the block.

If your idea of Jane Austen is costume-drama, empire-lines and tea-parties, then this sparkling adaptation, based entirely on the original novel, is something to make you change your mind. Bring a picnic and have a ball as the irrepressible Illyria sharpen their claws to bring you Jane Austen at her vibrant, pacy, forthright, bitchy best!
Recommended for adults and children aged 5+ 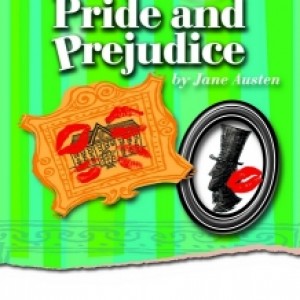