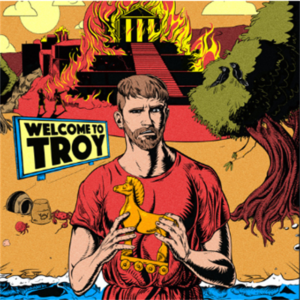 Troy – Something BC. A young bull herder accidently eats a golden apple. Three Goddesses aren’t happy. And then 10 years later a city burns. Obviously, a lot happened in between these points and several important things happened before, all of which will be shown for the first time in well over a millennium as Assembleth Theatre take you on a journey through the Trojan War as you’ve never seen it before.

The sort-of truth behind Achilles heel, the golden watermelon of Paris, the twelve accidental labours of Hercules and more will be revealed as the history of one of the most important conflicts of the ancient world comes to life.