Tour of Britain Stage One

Cornwall will host the modern Tour of Britain for the first time ever on Sunday 5th September.

Leaving Penzance Promenade at 11am the route will head across the Penwith Peninsula to St Just, hugging the coast to St Ives, Hayle and Gwithian before turning inland to Camborne, Pool and Redruth.

The route passes the beaches of Falmouth and Pendennis Point offering the peloton spectacular views across Falmouth Bay before heading towards Penryn and on to the city of Truro.

The impressive Truro Cathedral will be clearly visible from the route through the city, which then crosses back to the north coast to take in Newquay and Newquay Bay.

Having passed through the centre of St Austell, the race enters its run in to Bodmin, with the inaugural Cornwall stage finishing outside the historic Bodmin Keep in the town, with a 700-metre uphill drag to the line with an average of 4%. 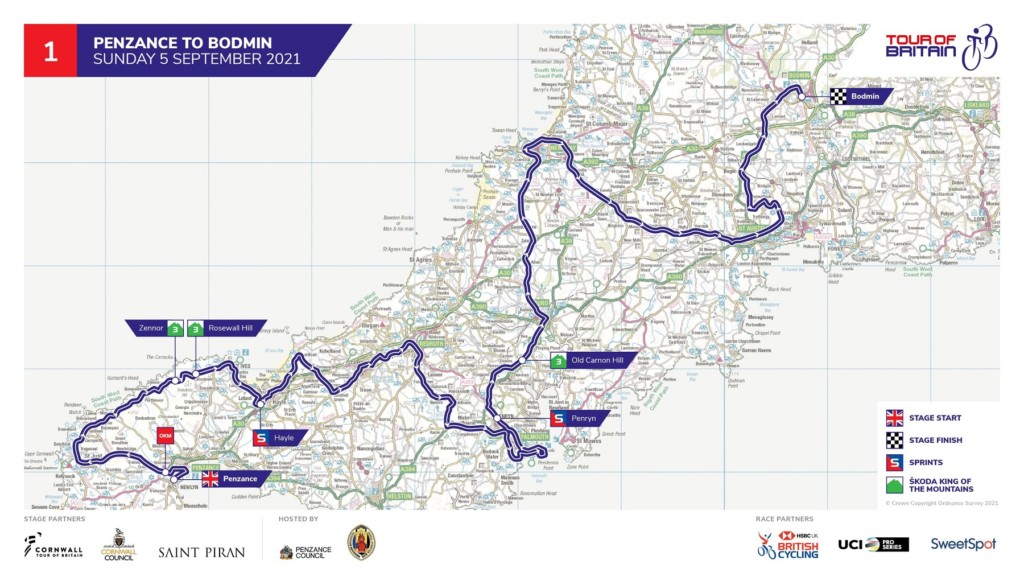